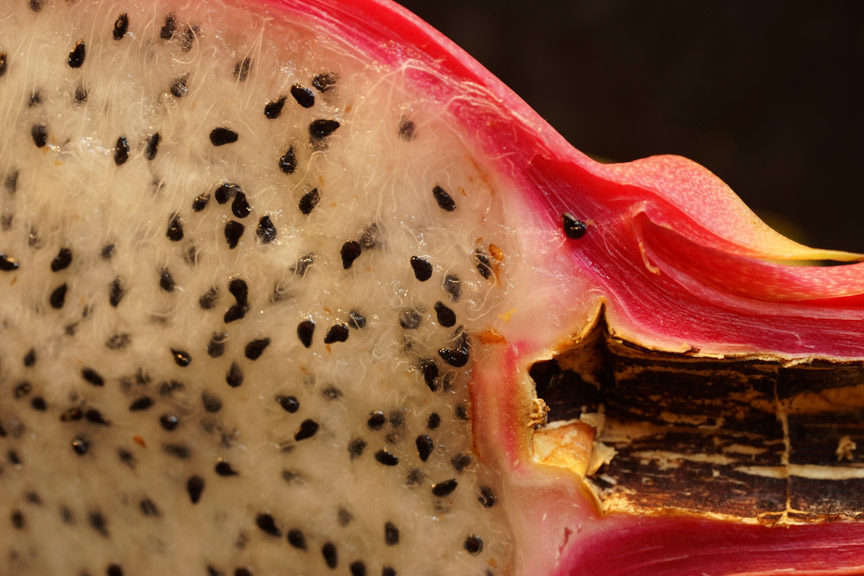 Hylocereus undatus. Also called dragonfruit, pitaya or occasionally strawberry pear or dragon scale. This vibrantly colored and exotically shaped fruit comes with a magenta or a white interior, both of which are flecked with black seeds. The white version is larger and the leathery “scales” are fewer and farther apart (on right in image below). The magenta-fleshed are more compact and dense with “scales” on the outside (left in image below). For both the flavor is mild and sweet and a bit floral. The texture is very juicy and a bit crunchy, reminiscent of a firm watermelon. 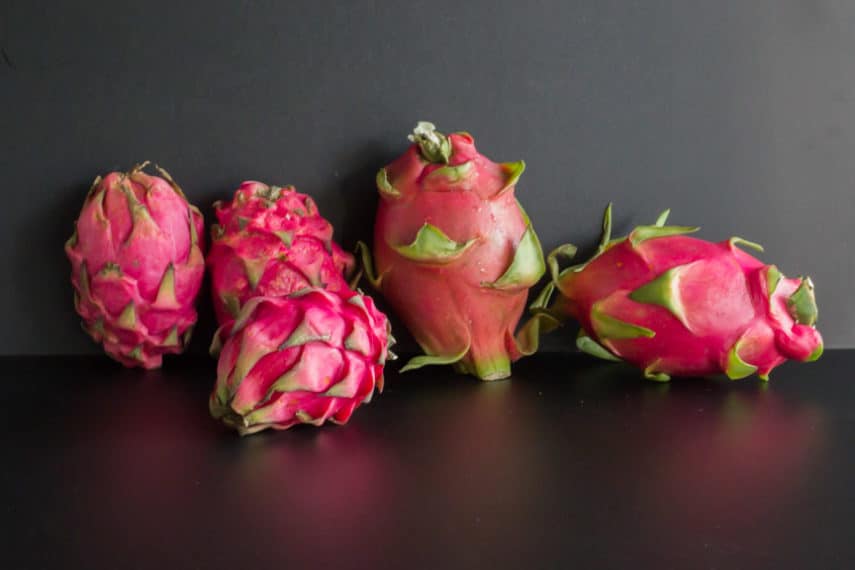 They are the fruit of a vining cactus originally native to Mexico, later brought to Central American and now primarily cultivated in Southeast Asia, Israel, Australia and are found in the U.S.

Fruit should be heavy for its size and plump. We often scour Asian stores for Dragon Fruit as we find they are less expensive than at more traditional supermarkets.

We like them best sliced in half and eaten with a spoon – watching our portion control of course but you can eat up to one medium sized one on during the Elimination phase. We like them slightly chilled. You can also separate the flesh from the inedible skin and freeze in chunks either in heavy zip-top plastic bags or plastic containers. The dark pink variety makes for some splendidly colored smoothies and smoothie bowls.

We keep them at cool room temperature if we are using within days and then use up a whole fruit at a time. You can also store in the fridge for a week, sometimes longer. If the flesh is frozen, as described above, it will last up to a month or more. 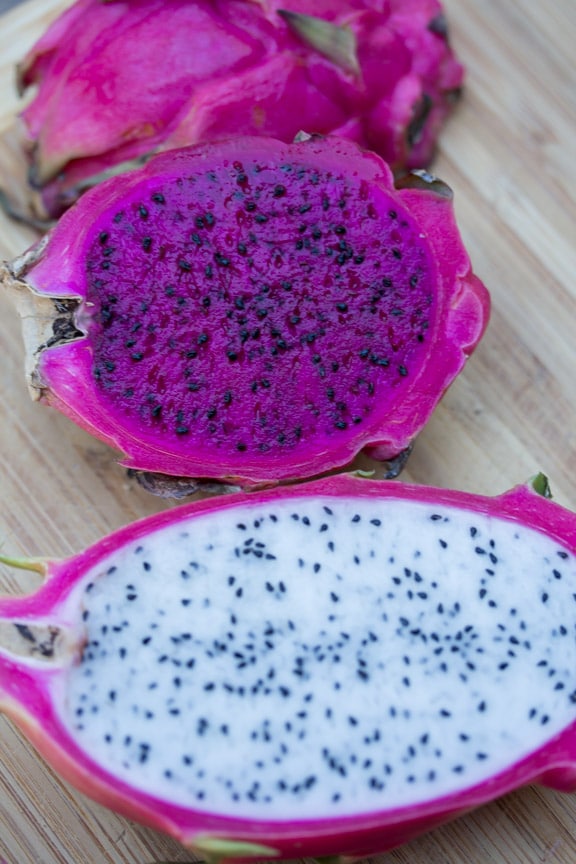 There are several varieties, but we have focused on the most commonly available. Just so you know there are some that have a pale pink interior and yet others with yellow flesh, so this fruit that you might have never heard of, seen or tasted is actually quite interesting and varied.

In the image you can see how some are much larger, with green scales farther apart; these have the white flesh. The more compact ones sport the vivid dark pink/magenta flesh. The three main varieties are: the most commonly found