Hypnosis Now: Not What It Used To Be

Many of us are familiar with hypnosis only through old movies. You know—the ones that depict a nefarious doctor casting a spell on an unsuspecting patient in order to make them do something they would not ordinarily do. Suffice to say, this is a complete misrepresentation of a safe and effective therapy that is accepted by reputable organizations around the world.

Among those is The American Psychological Association, which defines hypnosis as “a therapeutic technique in which clinicians make suggestions to individuals who have undergone a procedure designed to relax them and focus their minds.”

Before we get too far along in this discussion, it is important to understand that the “suggestions” that are central to hypnotherapy’s efficacy do not cause individuals to lose control of their own behavior.

Despite those screen depictions of characters doing dangerous, silly, or destructive things when in a hypnotic state, real-life people remain aware of who they are, where they are, and what happened during hypnosis unless amnesia has been specifically (and highly improbably) suggested. In short, hypnosis simply makes it easier for people to experience a clinician’s suggestions; it does not compel them to experience these suggestions.

Yes, You Can Be Hypnotized

According to Dr. Simone Peters, the founder of Mind + Gut, a clinic specializing in gut-directed hypnotherapy (GDH), everyone can be hypnotized, but individuals differ in terms of the level of depth they can achieve, or what’s called their overall “hypnotizability.”

Despite this, says Dr. Peters, the depth of the hypnotic state you achieve does not correlate with the clinical outcome of the therapy. (This is a good take-home message for those who may have tried hypnosis and abandoned it too soon after a disappointing first session!)

The general principles of hypnotherapy remain the same whether the condition being addressed is digestive in nature or not. In GDH, it’s just that the process is specifically targeted to disorders of the gastrointestinal tract.

GDH has been shown to be exceptionally efficacious in reducing gut symptoms in those with so-called functional GI disorders such as irritable bowel syndrome (IBS). This, says Dr. Peters, is likely due to the interconnection between the brain and the gut, often referred to as the brain-gut axis.

For more on the brain-gut axis, check out my colleague Diana Reid’s article on this fascinating topic.

As many of you are acutely aware, IBS is not a one-size-fits-all pain in the butt! Rather, it’s a collection of symptoms (that’s why it’s called a syndrome) that include abdominal pain/discomfort plus diarrhea and/or constipation.

Several other symptoms, such as bloating, distention, nausea, and excess gassiness may also be present. These symptoms tend to wax and wane, cropping up in various combinations and to varying degrees. Here’s an article that provides a deeper dive into this common gut disorder.

According to Dr. Peters, GDH has been shown to significantly improve overall and individual gut symptoms of pain, stool consistency, bloating, distension, gassiness, and nausea in a number of clinical trials and observational studies.

Furthermore, it appears to alleviate these symptoms equally (with the exception of nausea, which responds to GDH more variably) and you don’t have to schedule individual sessions for each symptom; they can all be addressed in the same session.

You May Want To Read: How hypnotherapy is helping treat irritable bowel syndrome (IBS) sufferers: A major clinical study into the effects of gut-directed hypnotherapy on IBS has been completed by Monash University, with results so positive that even the researchers were surprised. Hypnotherapy, directed specifically at the gut, reduced gut symptoms, such as abdominal pain, bloating and nausea by up to 72%.

Symptom Reduction in Half a Dozen Sessions or Less

Typically, patients experience an alleviation of symptoms with 4-6 sessions of GDH. If no benefit has been seen after 6 sessions, the individual is deemed a “non-responder,” says Dr. Peters, who adds that this occurs in about 20% of patients.

If you’re in that 20% population, it’s important to remember that there are several other interventions that have also been shown to be highly effective for digestive conditions. This includes the low FODMAP diet.

In fact, GDH and the low FODMAP diet have similar rates of efficacy and response when it comes to IBS: both reduce overall and individual symptoms by about 75% in the majority (75-80%) of patients. By contrast, medications used for IBS have a more varied response rate and generally treat only one symptom. The good news is, a multi-disciplinary approach that utilizes combinations of GDH, diet, and drugs is common, acceptable, and frequently beneficial.

You could start with the Australia-based clinic, Mind + Gut, which Dr. Peters founded to “help to make a positive difference to the physical, psychological and emotional wellbeing of patients with gastrointestinal disorders.”

The staff includes several psychologists trained in the use of GDH as well as dietitians who utilize the low FODMAP diet, among other nutritional interventions. In addition to in-person sessions at the Mind + Gut clinic, telehealth appointments are also available but, alas, not in the USA and Canada.

If you live outside the Mind + Gut service area, you may be able to find qualified practitioners in the ROME foundation’s free “GastroPsych Directory” or on the  IBShypnosis.com website.

There’s an App for That

You can start by reading our interview with Chris and Alex Naoumidis, co-developers of the GDH app, Nerva. Dr. Peters actually collaborated with Chris and Alex because she understood that a well-designed, science-based app would be the ideal way to make GDH accessible to more people.

To that end, she says that early research indicates that app-delivered GDH improves symptoms of IBS similar to face-to-face sessions with a trained hypnotherapist!

Try Nerva For Free! And get 20% off after the 7-day free trial with our special discount offer for FODMAP Everyday® readers! Just click below.

Tell Us YOUR Experience

We’d love to hear from FODMAP Everyday® readers who have had success with Gut Directed Hypnotherapy for their IBS or other gut conditions. Just comment below.

This post was generiously sponsored by Mindset Health, the creators of the Nerva App

Stress is often a co-factor with IBS. IBS can create stress, and stress can trigger IBS symptoms. If this is true for you, please check out our article on IBS & Stress.

We have heard from several people in the military dealing with an inordinate amount of stress that exacerbates their IBS. We have an article for you: Dealing With IBS In The Military. 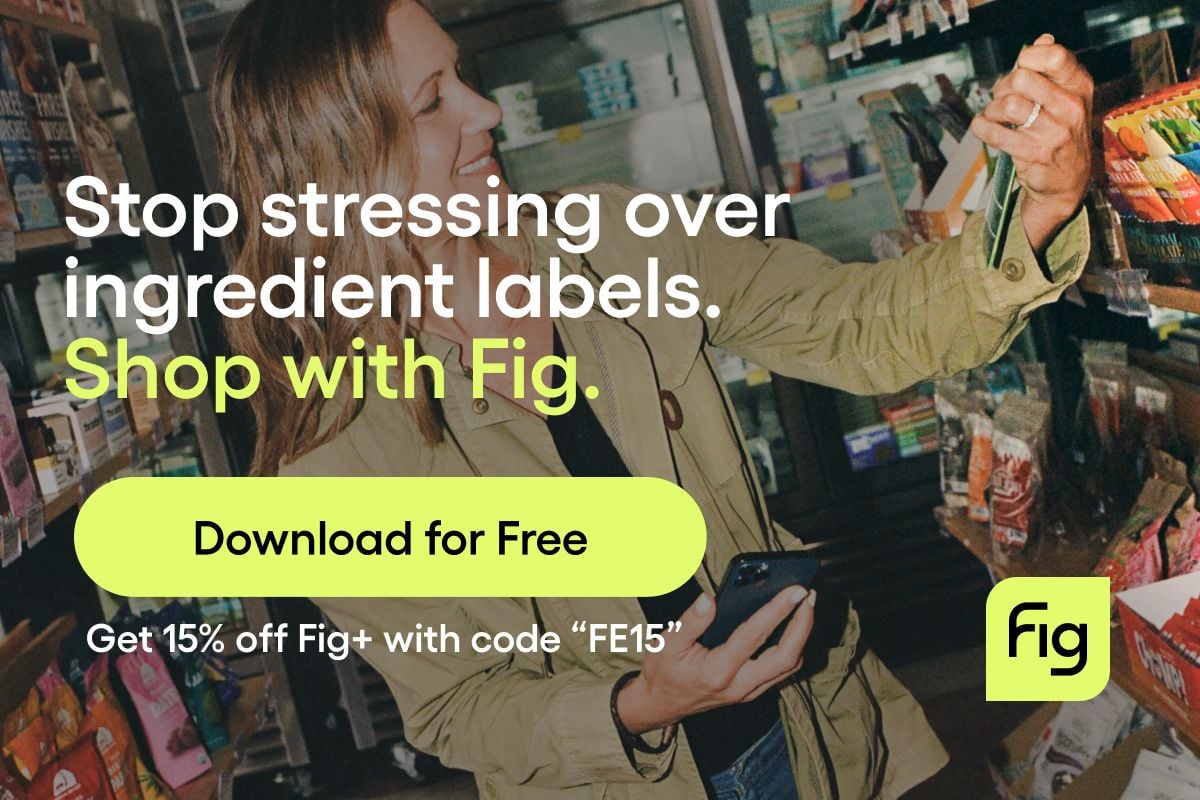 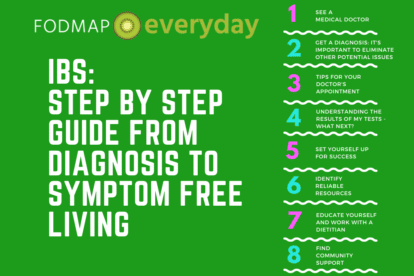 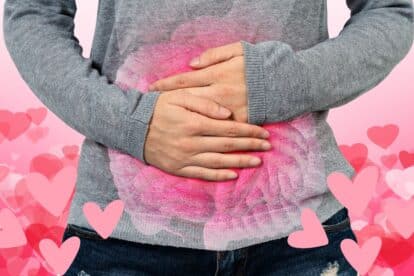 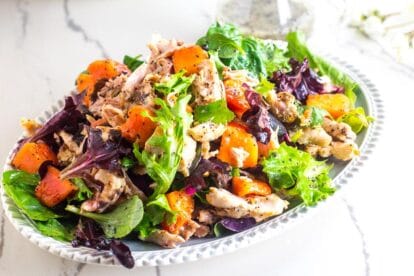 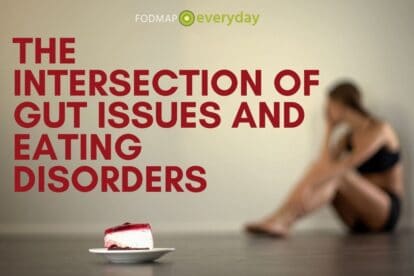 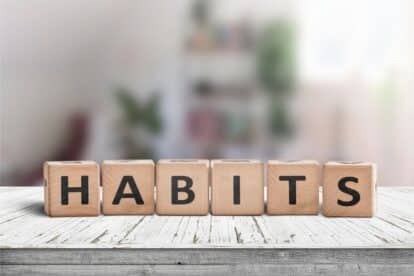 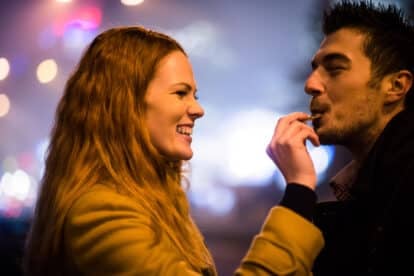