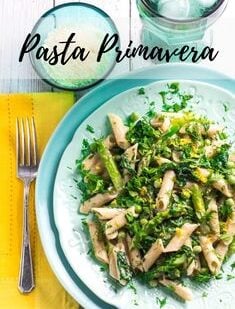 Our Low FODMAP Pasta Primavera is made in one pan and features low FODMAP, gluten-free penne, loads of fresh arugula and spinach, chives, asparagus, peas, fresh herbs and Parmesan all in low FODMAP portions. 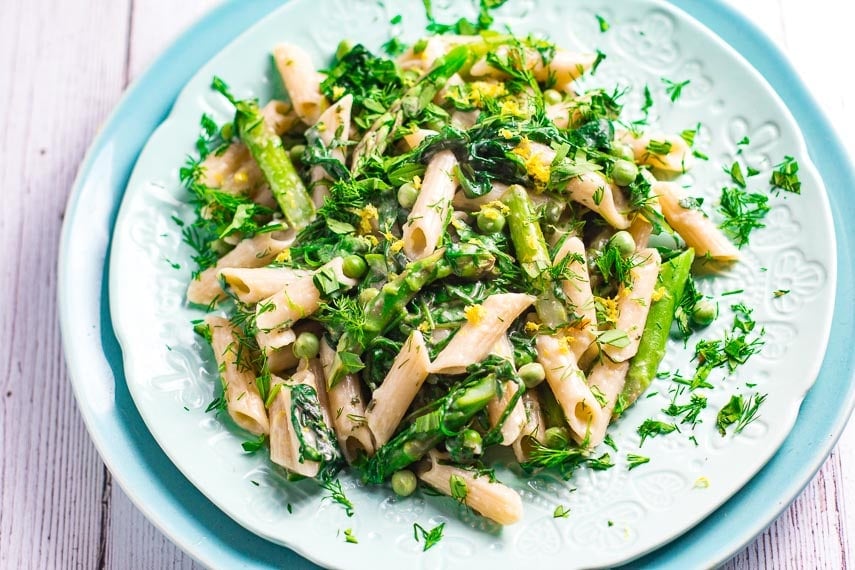 The name, by the way, simply means springtime pasta, which can be interpreted in a variety of ways.

There are aspects to the history of the classic pasta primavera that we know, and other factors that are not as clear cut. It definitely harkens back to the mid-late 1970s in the U.S. and we know it was popularized by a New York Times article written by Craig Claiborne and Pierre Franey. They included a recipe and declared that it was the most talked about dish in Manhattan at the time. It certainly became a defining dish of the decade.

Several people have either claimed to be the originator of the recipe or have been credited with its birth. Ed Giobbi, an artist and James Beard award winning cookbook author, is one as are Chef Jean Vernges and restaurateur Sirio Maccioni. 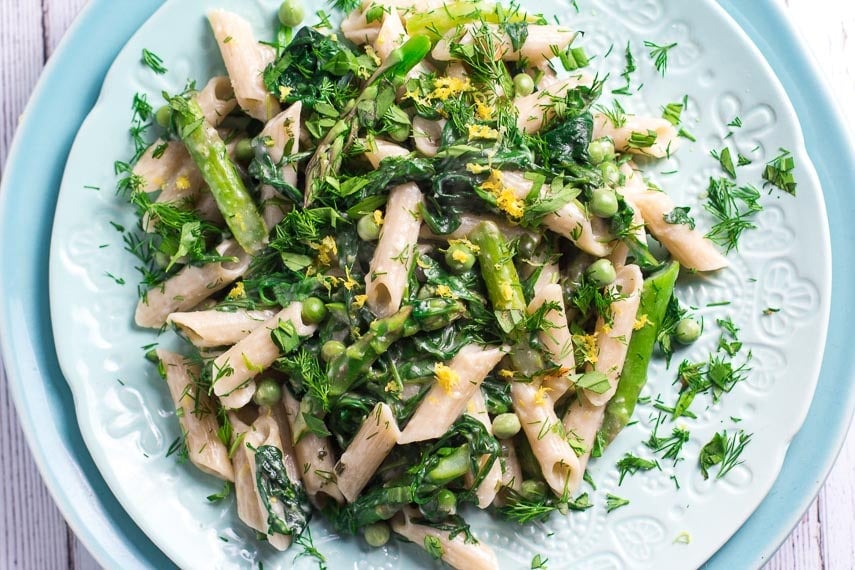 What Was In The Original Pasta Primavera?

Ed’s story is that in 1973 Maccioni wanted him to provide a pasta recipe for the new restaurant he was developing, Le Cirque. Giobbi claims that the original from him was comprised of spaghetti with fresh tomatoes, basil, good olive oil and garlic.

Le Cirque opened in 1976. Maccioni says the dish was created by his wife and expanded upon by chef Vernges. By the time it landed on the restaurant’s menu it included cream, asparagus, peas, broccoli, mushrooms, other vegetables and fresh herbs. Versions have cropped up that also include chicken stock as well as butter. The pasta was usually spaghetti or some other long thin pasta. 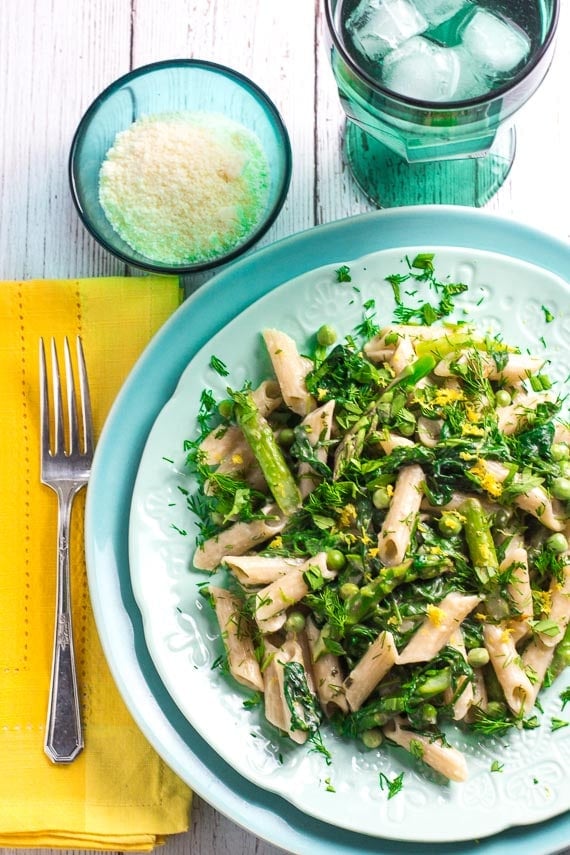 Check out all of the incredibly delectable low FODMAP ingredients that go into our Low FODMAP Pasta Primavera. 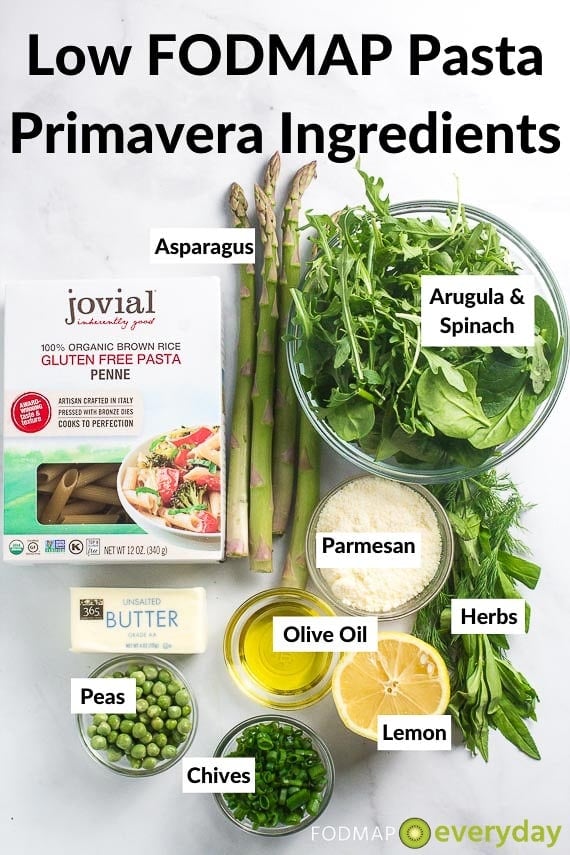 We have taken liberties with the original recipe, as you can see in the images. This was done for a few reasons:

Are Asparagus and Peas Low FODMAP?

I am sure you are wondering about the FODMAP content of asparagus and peas. There ARE low FODMAP portions of each of these vegetables.

Monash University and FODMAP Friendly have both lab tested asparagus.

Monash states that asparagus are Green Light low FODMAP in amounts of ½ spear (7 g), which is what you will find in our serving size recommendation.

At the FODMAP Friendly labs they failed at an amount of 2 spears (30 g) and the FODMAP listed is excess fructose.

Monash University and FODMAP Friendly have both lab tested peas.

At the FODMAP Friendly labs they have only tested frozen peas and those failed at an amount of ½ cup (75 g) and the FODMAPs listed are primarily excess fructose and mannitol.

Assemble all of your ingredients before cooking as the preparation goes swiftly.

First step is to briefly sauté the chives or scallion greens in oil. 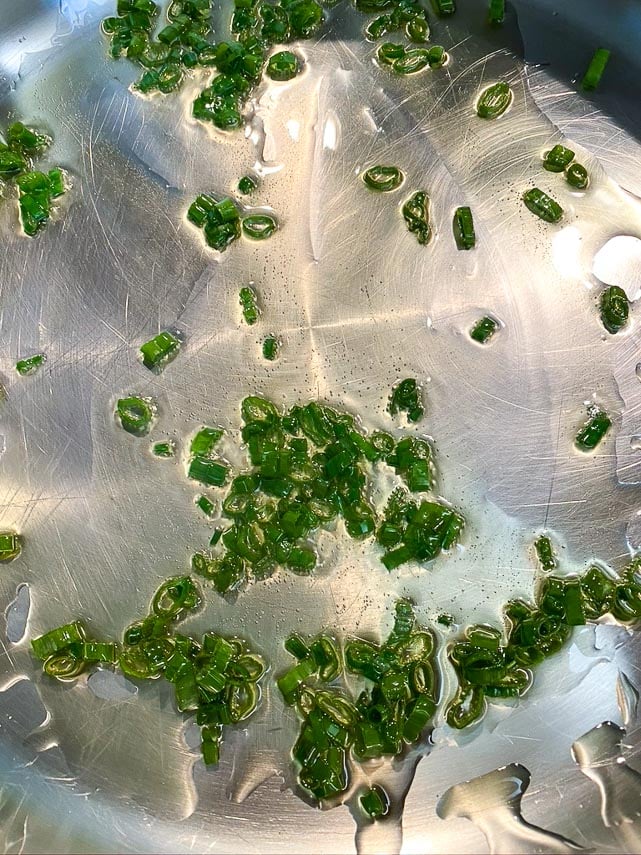 Then add the water and pasta, cover the skillet and boil until the pasta is par-cooked, but still firm. 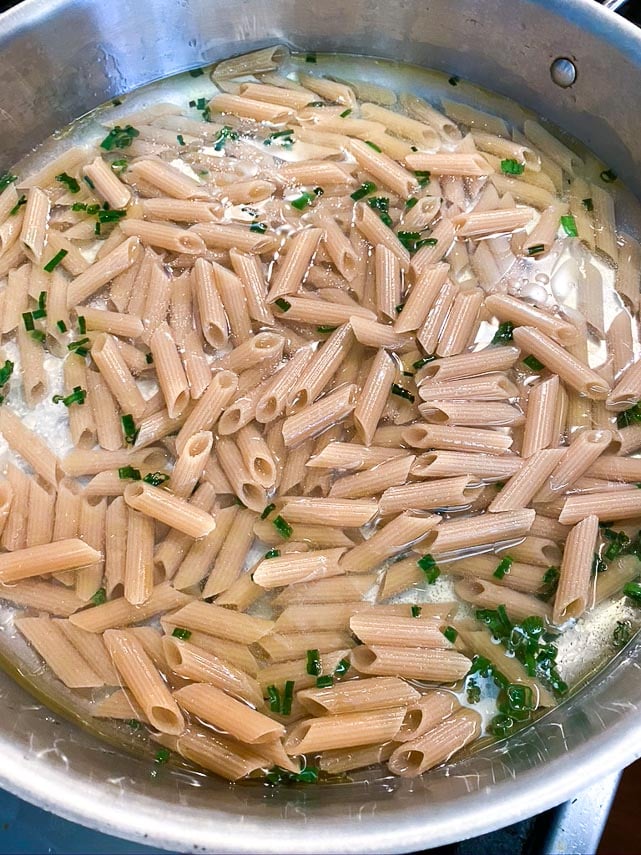 Add the asparagus and cook very briefly; just until they brighten a little bit. 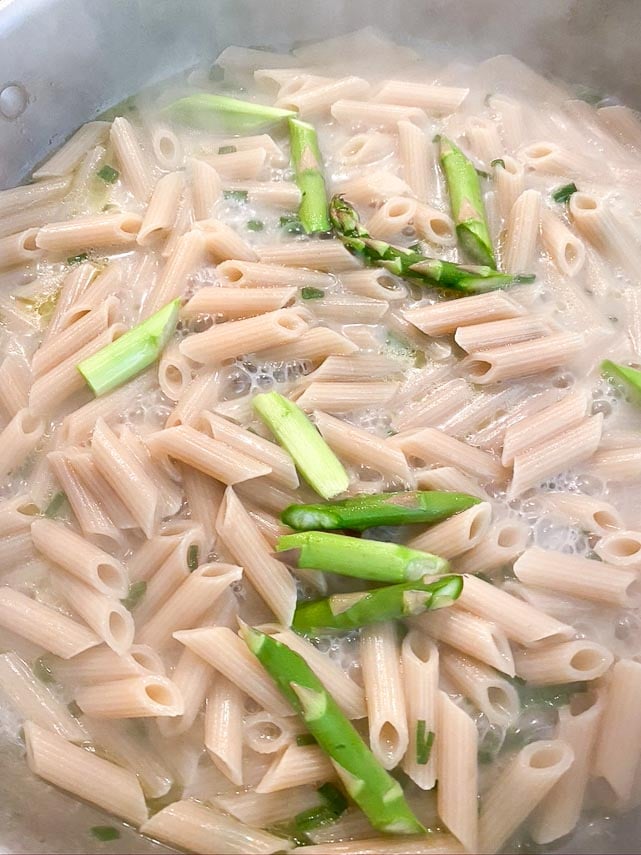 Stir in the arugula and spinach, which will look voluminous. 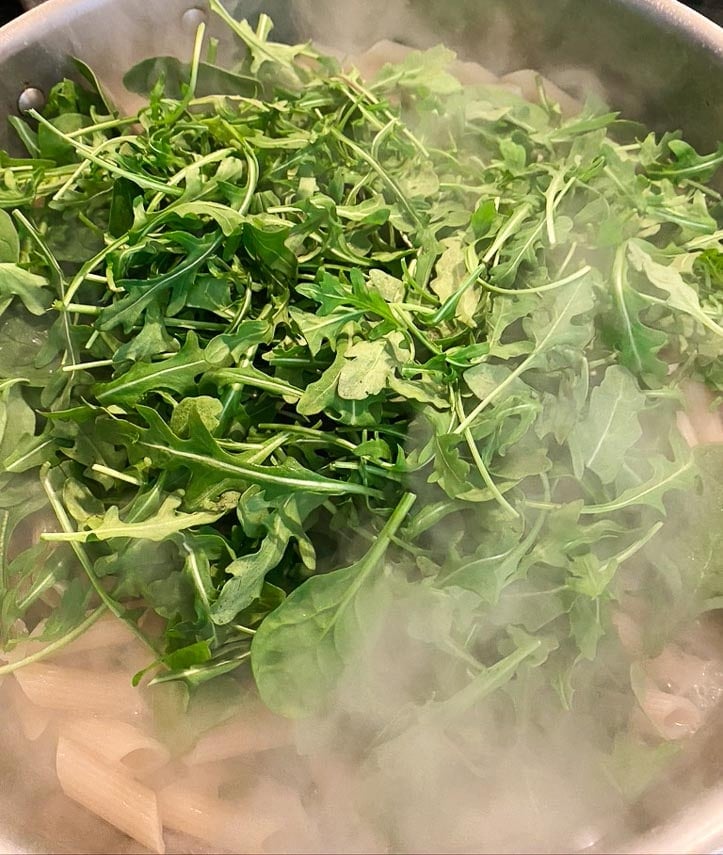 They will begin to wilt down immediately when they are added to the hot pasta. 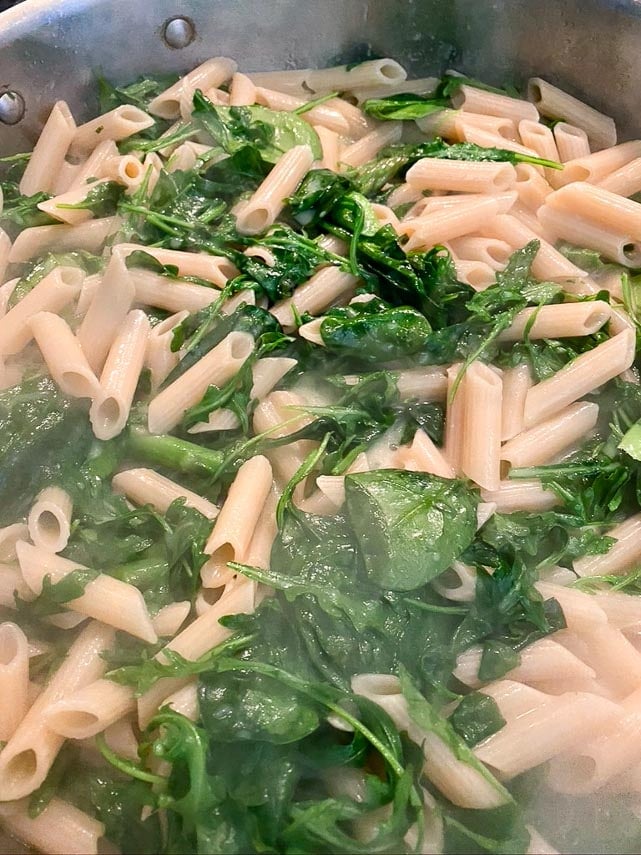 Add the peas towards the end and cook very briefly, maybe 30 seconds. Keep them bright green and crisp! 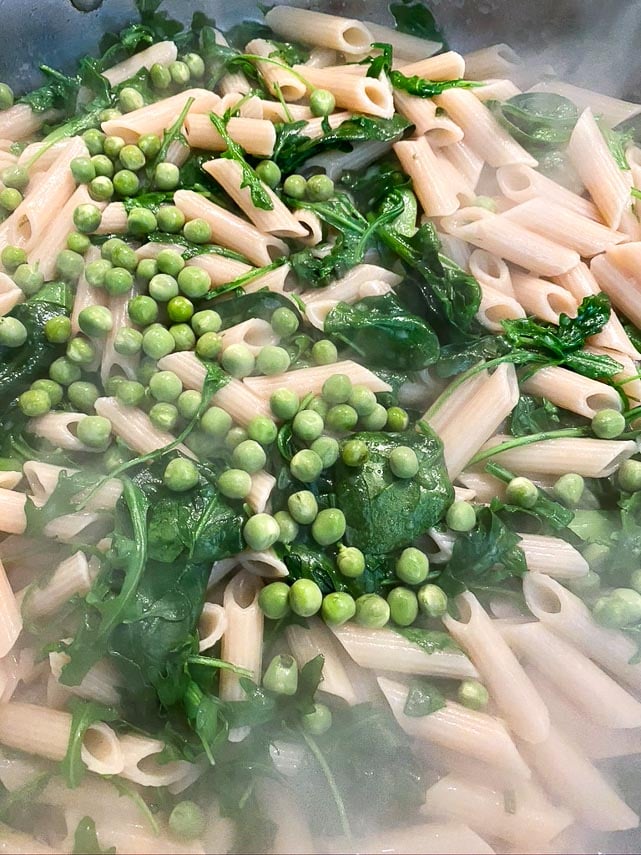 Add the butter, Parmesan, lemon juice and herbs off the heat. 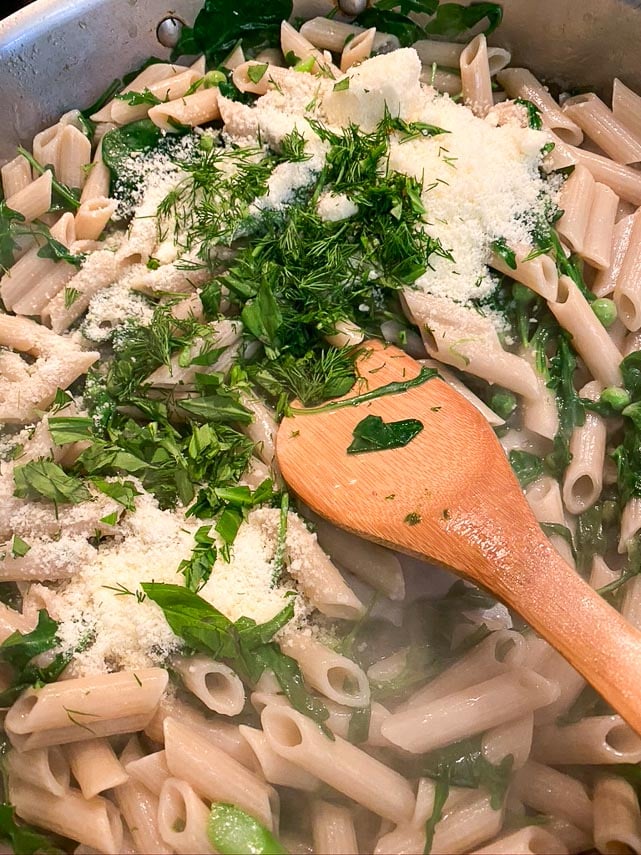 Be ready to serve right away! Our Low FODMAP Pasta Primavera is spring on a plate! 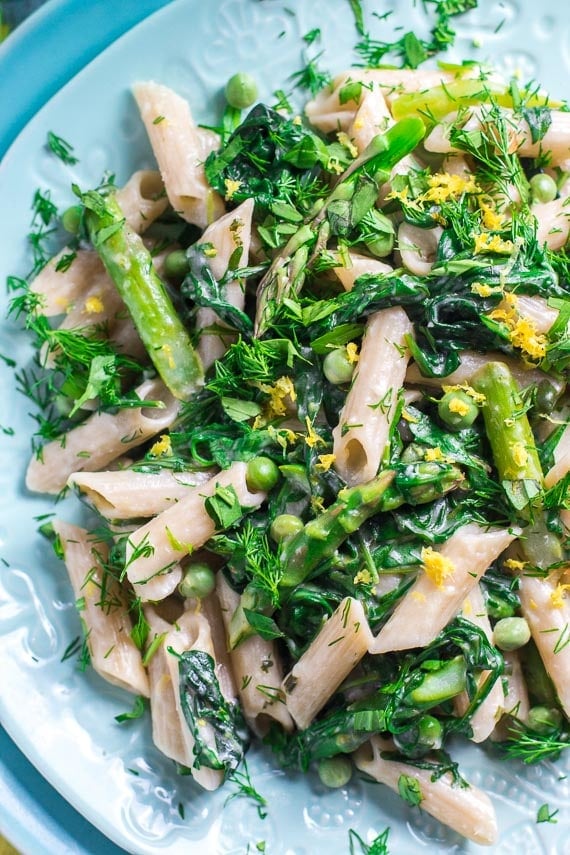 Note on Arugula: For years Monash had reported that arugula contained NO FODMAPs in lab testing. During a recent smartphone app update, the statement changed to “only trace amounts”. They still recommend to “eat freely and according to appetite”.

Check out our article on Foods With A Trace of FODMAPs. 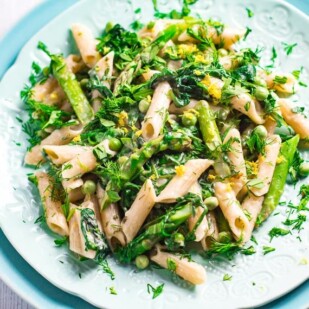 Our Low FODMAP Pasta Primavera is made in one pan and features low FODMAP, gluten-free penne, loads of arugula and spinach, chives, asparagus, peas, fresh herbs and Parmesan all in low FODMAP portions.

• You can add 4-ounces (115 g) prosciutto, torn into pieces, stirred in with the peas
• Add ¼ cup torn fresh basil leaves instead of dill and tarragon 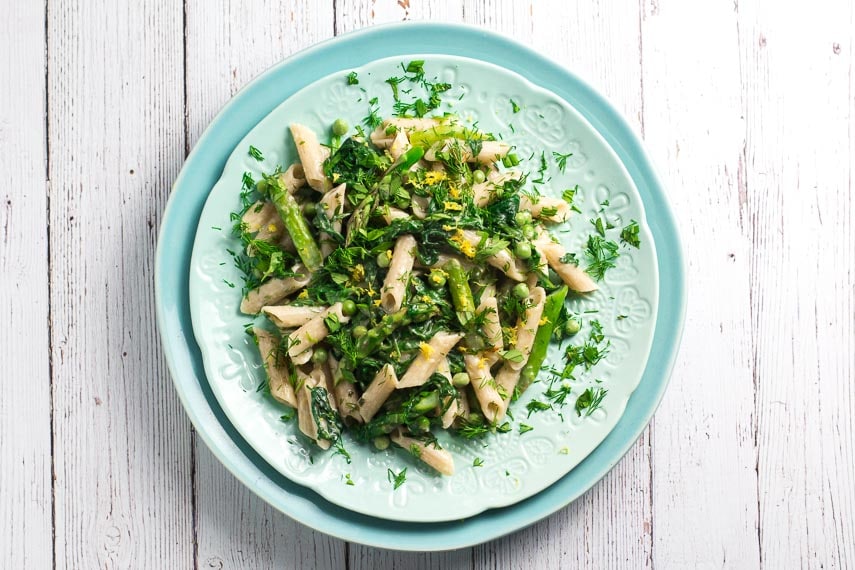 For All of our Low FODMAP Lunch Recipes  Click Here 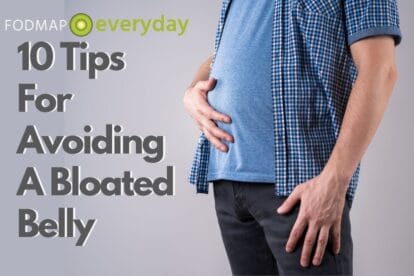 10 Tips for Avoiding a Bloated Belly 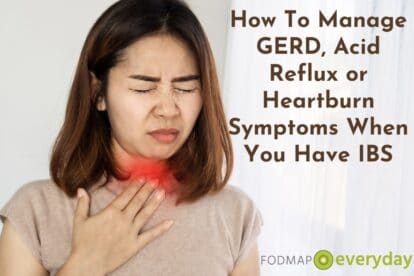 How To Manage GERD, Acid Reflux or Heartburn Symptoms When You Have IBS 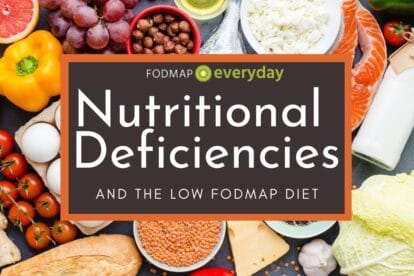 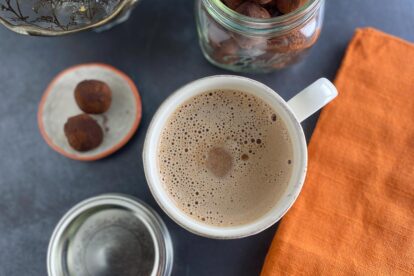 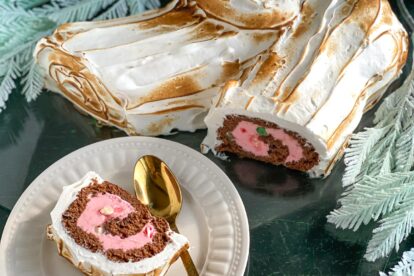 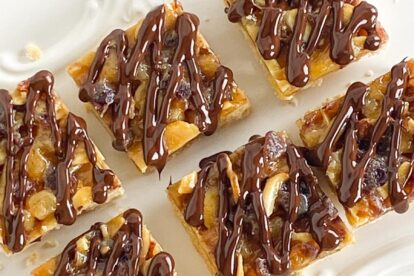