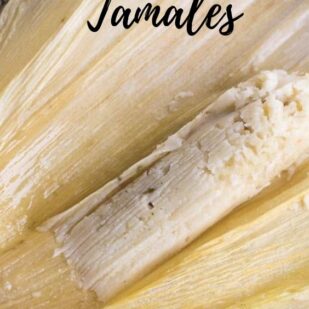 Do you love Tamales? Looking for a low FODMAP Tamales recipe? So was Stacie Roberts, one of our community members. We have a green tomatillo, chicken low FODMAP tamale recipe for Stacie and all of you!

Stacie won one of the Giveaways that we ran along with Epicured. One of her prizes was being able to ask me to develop a FODMAP version of something she was missing being able to eat. And she said Tamales!

I have to tell you that I was both excited and a tiny bit daunted. I am extremely well versed in the kitchen, across cuisines – I even wrote a Cooking for Dummies book on Japanese food – but tamales were not necessarily my specialty. And turning them low FODMAP? I LOVE a food challenge! Bring on the low FODMAP tamales research!

What Is A Tamale? Or Is It Tamal?

First, we have to talk about what the heck to call these things: tamal or tamale. Tamales is plural, but whether you say tamal or tamale for a single unit will depend on whether or not you are a native Spanish speaker, your cultural heritage and/or where you grew up and learned the word. If you are a purist, say tamal. I will use both terms interchangeably, just so as not to take sides!

Now let’s look at what tamales are, in case some of you have never had one. Or perhaps the only tamales you have had were frozen or from some sort of Tex-Mex fast-food joint. Just like you can have an amazing homemade burger, or you can have a thin, crappy burger from the drive-through, tamales can vary hugely as well.

Tamales are typically corn husk wrapped morsels of corn flour filling along with some sort of chicken, pork, vegetable or other additions, and flavorings of course, such as some sort of chile based sauce or similar. In some parts of Mexico you might find that the wrappers are banana leaves and Diana Kennedy, the grande dame of Mexican cuisine, writes of encountering ones made with avocado leaves.

For our low FODMAP Tamales I chose to use cornhusks.

Any which way, the wrappers are simply to hold the delicious fillings together and are discarded before eating. Tamales are typically steamed, although some are baked. At their best they are light and even a bit fluffy. At their worst, they are overly leaden.

You can’t have tamales without corn flour and specifically, the corn flour called for when making tortillas and tamales is masa harina. This is corn flour that has been treated with lime, which is calcium hydroxide.

When you look at the FODMAP app you can see that they have indeed tested corn flour, but what kind of corn flour?

We had the opportunity to speak in person with Dr. Peter Gibson, the developer of the low FODMAP diet, about corn flour and the effect that calcium hydroxide would have on the corn flour in reference to FODMAPs.

He said that as an additive, and not being a carbohydrate, that the addition of calcium hydroxide would not affect the FODMAPs in corn flour.He did suggest a follow up with his colleagues. We spoke with Jane Muir, Head of Translational Nutrition Science at the Department of Gastroenterology at Monash and she told us some exciting news…

…Apparently (as of 11/19) the corn flour on the Monash app, which is low FODMAP in 2/3 cup (100 g) amounts IS masa harina! By the time you see this recipe the app will most likely be updated with this info. We were clear for making our tamales with traditional masa harina!

Now that we’ve got the cornmeal ingredient information, let’s turn to lard, which might be controversial.When you look into tamale recipes you will see that the corn flour becomes a moist paste by being combined with a fair amount of fat and this tender corny filling eventually makes up much of the bulk of the tamale. 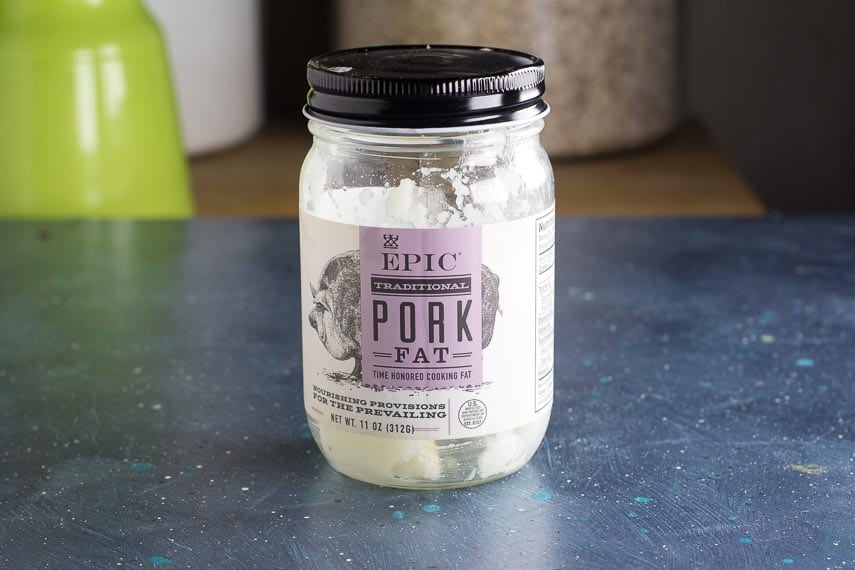 The fat of choice is often lard, which is rendered pork fat. (PS: so, the next time you order a bean, cheese or vegetable tamale and assume it is vegetarian, you might want to ask more questions).

Perhaps you have never cooked with lard, or the thought of this animal fat is freaking you out a bit. I get it, but let me assure you of a few things:

Now, you probably know that all fats are low FODMAP, so in fact you could use a different fat, such as shortening, but we say, why? Lard adds flavor unlike any other choice and so we have called for it.

Besides, even if you think lard sounds gross, chances are that if you have had traditional tamales – and loved them – that you were loving lard.

Even taking all of this positive information into consideration, experts suggest that quantity is an issue – but as FODMAPers we are used to that concept! Lard is not as healthy as unsaturated omega-3 oils, like olive oil, but we are not suggesting that you eat lard every day and use it in every dish. It does contain cholesterol and many supermarkets only carry a hydrogenated version, which contains trans fats in addition to saturated fat.

So we say, let’s make the best tamales we can, with unprocessed lard. Enjoy them in moderation!

The flavor will be very porky. If you think you will not enjoy this, then use the same amount of vegetable shortening.

Unless you grew up in a household that made tamales regularly, the idea of making them probably seems daunting. Look at them! They don’t look like anything else; they are wrapped in corn husks (where do you even get those?) and steamed! All these things that might feel foreign.

But I am going to take you through it step-by-step and you will see that this is a doable recipe. Acquaint yourself with these steps below before making the actual recipe. Then when you do make your tamales you will have some familiarity with the process.

Read the recipe through. Sure, you should always do that, but in this case I can all but guarantee that you are going to need to source some special ingredients, so you will need to plan ahead. (Possibly the masa harina, the Fody Green Enchilada Sauce, and almost assuredly the corn husks, for instance).

BTW, I was able to buy the cornhusks and the masa harina at Whole Foods, so I didn’t even have to go to the Mexican specialty store for them. Worth checking with your local grocer.

Soak the corn husks! Submerge the corn husks in the hottest tap water and weight them down with something like a heavy bowl or use a stockpot. Some instructions say to soak overnight, but I have found a couple of hours of soaking is just fine.

Make the masa filling. I have provided some images for you here because while I can recommend amounts, it all comes down to feel. Masa harina, like wheat flour when forming bread dough, can be more or less absorbent, depending on many factors: age of the flour, temperature of liquid and fat, ambient humidity, etc.

You want the filling to be thick yet spreadable. It should not be overly sticky.

Assembly! Tamales are all about the assembly.

Below you can see a soaked cornhusk with the masa harina filling spread in the center with chicken filling on top, ready to be rolled up.

Next, use the cornhusk on either side of the filling to lift the free edges of the cornhusk up and over the filling until the masa filling touches. It will stick to itself, encasing the chicken filling. Now you can peel back one side (I peeled back the right side) and proceed.

Then, place the completely encased tamale seam side up on your work surface.

Fold the bottom up to create a sealed edge.

Use strips of cornhusk (left below) or Butcher’s twine (on right) to tie up the tamale. Not too tight as they will expand upon steaming. 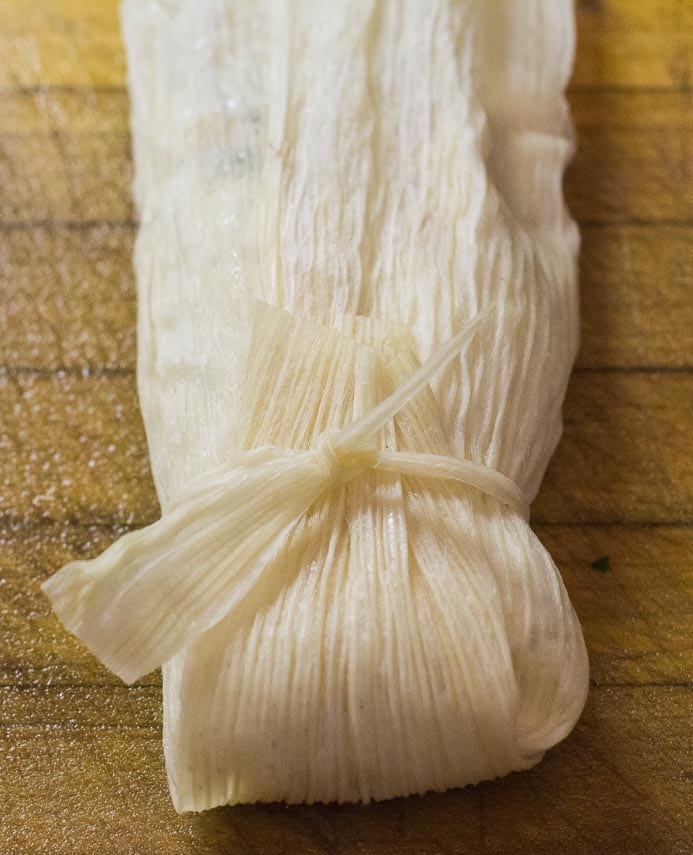 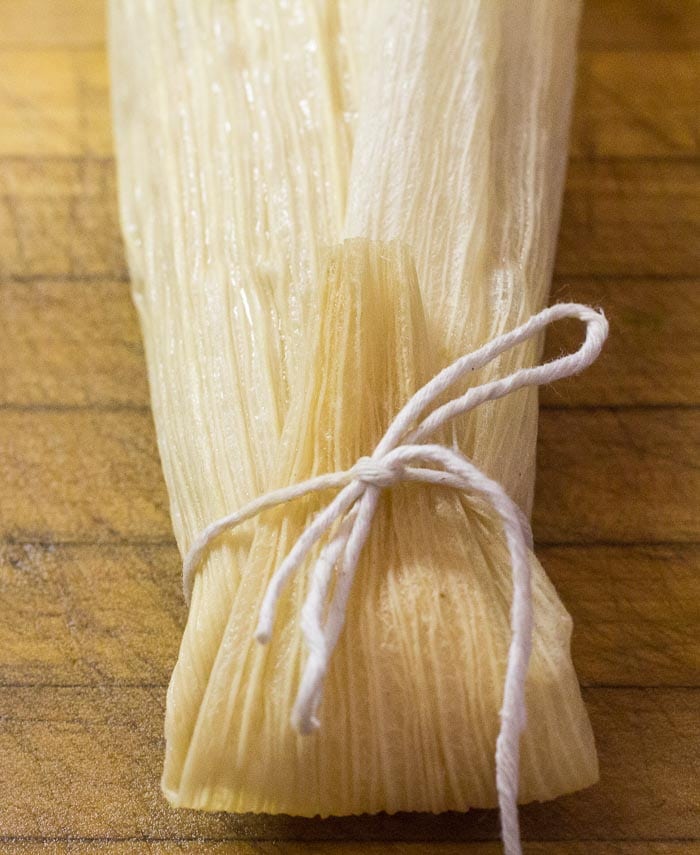 Get Your Equipment Ready

You need a large steamer set up.  I use a large stockpot with a collapsible steamer insert.

Arrange them open side up and do not crowd them in the steamer. 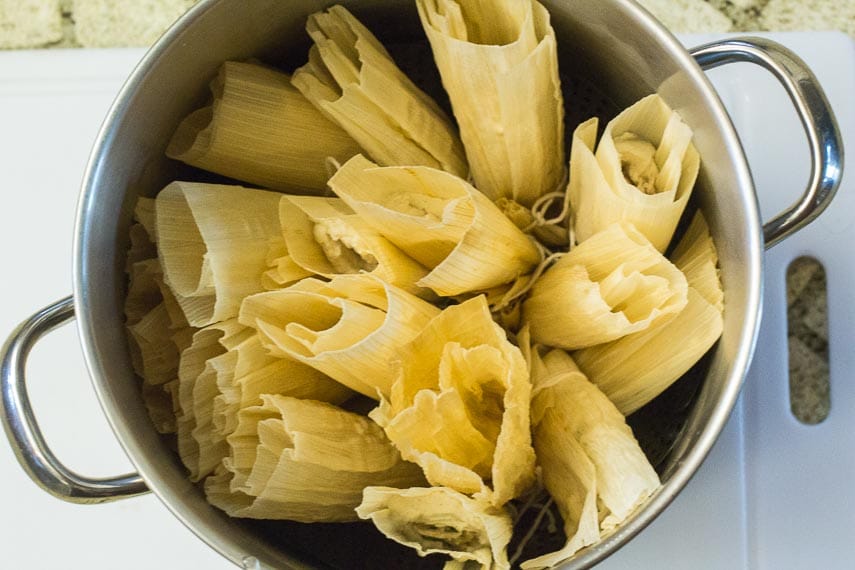 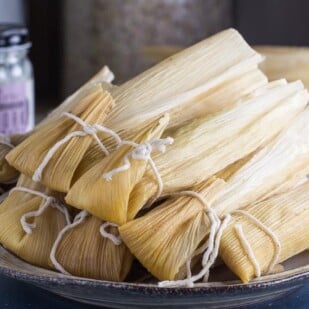 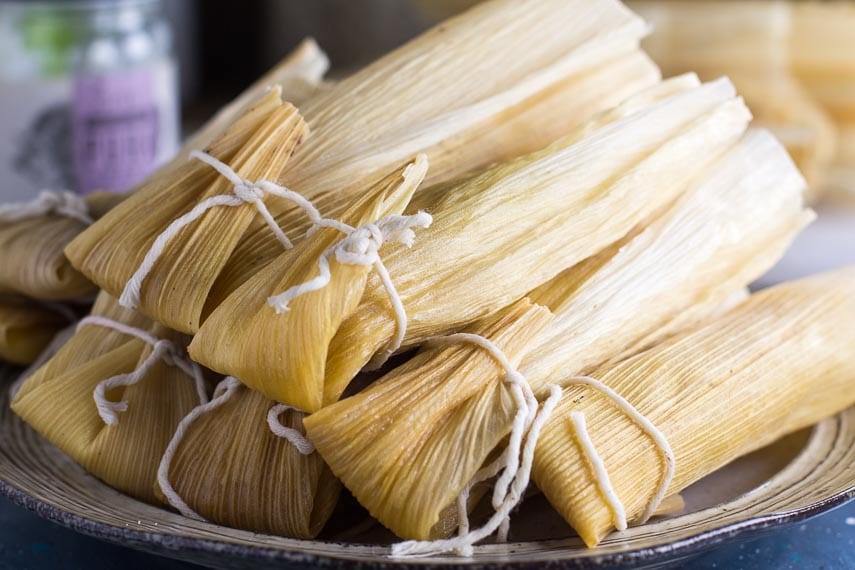 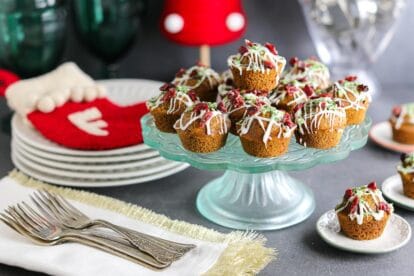 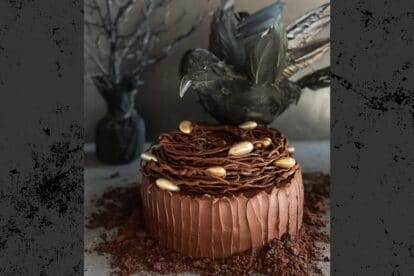 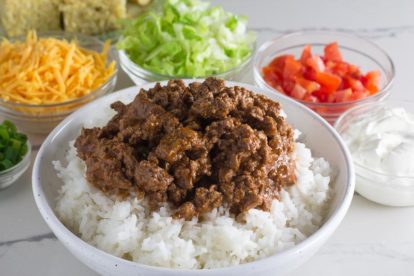